As you read about this beginner’s guide to kratom, you’ll learn:

By the time you’re even a little bit familiar with kratom, you might think of it as a natural, herbal product. You might even know some of the reasons people buy kratom, and you might know some different names associated with the various types of kratom powder, capsules, and extracts. But what is kratom, really, and where does it come from? Before it becomes powder, capsules, or extracts, kratom grows on trees throughout Southeast Asia.

In fact, at its most simple, kratom is nothing more than dried, ground-up leaves from the Mitragyna Speciosa tree. This plant grows naturally in many Asian countries, including Indonesia, Thailand, Malaysia, the Philippines, New Guinea, and the island of Borneo. As a member of the Rubiaceae family of plants, the Mitragyna Speciosa tree is related to the coffee tree. Just as with coffee, people have been harvesting this plant and ingesting it for thousands of years.

In the lush, wet parts of Southeast Asia, where it grows naturally, people have historically treated kratom as a natural remedy for various maladies. For example, farmers might chew leaves from the Mitragyna Speciosa tree while working in the fields during the day, claiming that it gave them energy. At night, those workers might continue to chew the leaves of the plant or brew Mitragyna Speciosa tea because they said it helped soothe their aches and pains from a long day of demanding physical labor.

In time, the plant also started to be enjoyed recreationally throughout Southeast Asia. You might see kratom tea at festivals where people gathered to celebrate and share joy, and it became customary to offer some to guests. Since people seemed to enjoy the effects of kratom more than the taste, they started mixing it with other things to mask or sweeten the naturally bitter taste of the leaves.

In more recent years, kratom has started to get more attention in other parts of the world. For example, in Europe and the United States, individual consumers and professional researchers alike have started to study kratom for various reasons. As medical professionals and scientists learn more about the science behind kratom and all of its potential benefits, powdered leaves from the Mitragyna Speciosa plant have become something of a hot topic.

Since kratom has experienced such a quick and lasting rise in popularity, it’s found its way into the news and even some political discussions. As people debate over the legality and potential benefits of kratom, there’s a lot of different information going around. Some of the things you hear about kratom powder might be based on solid research, while others might not. In this guide, we’ll help you separate fact from fiction by sharing a great deal of what we know about kratom.

As mentioned above, human beings have had a relationship with kratom for thousands of years. In recent years, though, we’ve actually started to see a lot more of that history get documented effectively. We can say with certainty that laborers would consume kratom throughout the day in a variety of different ways:

Depending on where you go, you may hear kratom called by other names as well. For example, in Thailand and Malaysia, the locals may call it kakuam, biak-biak, ketum, ithang, thom, or tom in addition to kratom. In parts of those countries, kratom powder may be considered an important part of the culture.

A significant event that helped lead us to the current international prominence of kratom occurred in 1930. Botanists named I.H. Burkill and Mohammed Haniff reported that kratom had been used as an effective harm reduction tool for opiate users in the nineteenth century. This research was published by the Cambridge Journal of Asiatic Society. Since then, many kratom advocates use this research to suggest that there may be important medical applications for the plant, while others argue that leaves from the Mitragyna Speciosa tree should be treated like harmful drugs. In fact, much of recent kratom history has involved social and political controversy.

Before we get to the current legality of kratom in the United States, it’s important to learn about kratom in Indonesia. That’s because most of the kratom in the United States comes from this part of the world, and most conscientious kratom enthusiasts like to know about the origins of their natural products. The good news is that kratom is legal in Indonesia, and the kratom export business is actually one of the largest economic forces in southeast Asia.

The legality of kratom is a big part of why American kratom stores source so much of their product from Indonesia. The process of harvesting, drying, and exporting kratom is incredibly refined in Indonesia, which is more than can be said for some nearby countries. Furthermore, operating in such a way that the kratom sales are beginning from harvest to final sale ensures the most ethical operations and the purest quality.

In Malaysia, for example, kratom was placed on the Poison Act in 2003, making it illegal after many years of legality. In Thailand, another Southeast Asian country where kratom grows naturally, the plant is also illegal at this time. The good news is that Thailand may be headed back in the right direction. The powdered leaves of the Mitragyna Speciosa tree were originally outlawed in Thailand in 1943 but have since been named a Schedule 5 substance in the Thai Narcotics Act. Schedule 5 is the classification for the least dangerous substances on the list, so some people are hopeful that kratom will be legal in Thailand again soon.

Thai legislators might also soften on kratom as they crackdown on opium. Many drug experts, including the scientific researcher and journalist Hamilton Morris, have indicated that the Thai government made kratom illegal to protect the opium trade. This theory is consistent with the findings of botanists like I.H. Burkill and Mohammed Haniff, who have reported that kratom has been used as a harm reduction tool for opiate users.

When it comes to buying kratom, the most important thing is to get reliable products. You can’t go wrong with the positive reputations from Buy Kratom Extracts. If you have any more questions, try browsing the full selection and checking product descriptions to learn more! 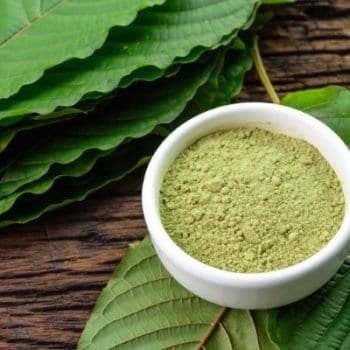