Does Kratom Show Up on Drug Tests?

Does Kratom Show Up on Drug Tests?

Numerous companies implement drug tests. Employers want to be certain their workers are not under the influence of any illicit substances when they are interacting with customers and representing the business. A lot of people have begun to use kratom, which is an herbal medicine containing mitragynine, which helps users have more energy and feel less discomfort. Some people use it to help them go to sleep at night, some use it as pain relief. It is natural for people to be worried about the substance appearing on a drug test, but fortunately, those people have nothing to fear.

Does Kratom Appear on Drug Tests?

For the most part, the substance will not appear on standard testing equipment. Most drug testing devices are looking for narcotics and other illicit substances, such as marijuana, cocaine, and methamphetamine. However, kratom does contain some alkaloids that can be detected on specific drug tests. If your employer has people submit to blood or urine tests, then there is a chance the substance would appear.

How Long Does It Stay in Your System?

It is understandable that most people would want to err on the side of caution. Users can feel the effects of the substance after about 15 minutes. High dosages can usually last between four and five hours, but it remains in your body for long after that. The primary alkaloid in the substance, mitragynine, has a half-life of roughly 24 hours, so it takes users a full day to eliminate half of the material from their bodies. Depending on a litany of factors, it can take between four and nine days to completely eliminate the material from the body to the point it would not show up on any drug test. These factors include:

Could Kratom Create a False Positive?

A false positive occurs when you test positive for a drug you did not take. There is a variety of reasons this can happen, such as eating a poppy seed muffin. It is incredibly unlikely you would receive a false positive from taking kratom, but anything is possible. It is more likely you would get a false positive by taking over-the-counter medication or a supplement right before the test. That is why you should inform the drug testing administrator of any medication you are taking. It can help avoid any awkwardness if you test positively afterward.

If your job drug tests every so often, then you should not worry about kratom. You can stop taking it for a week before the test if you are nervous, but it should not show up. It comes with so many health benefits that the pros far outweigh the cons. You could also talk to your employer about how Kratom helps you live more comfortably. Kratom is 100 percent natural, and you can place your next order with Buy Kratom Extracts by contacting us today.

What Gives Kratom Its Healing Properties? 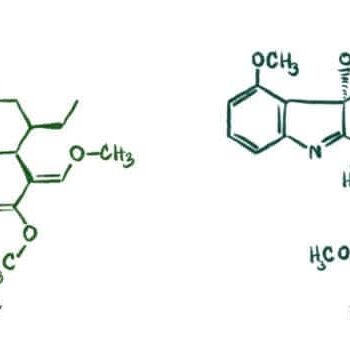 What are the Best Kratom Strain Mixes?