What is Red Kratom?

If you’ve paid attention to the supplement market over the past several years, you’ve most likely noticed the increased popularity of kratom. Kratom is a plant associated with the coffee family that is often found in southeastern Asian countries, such as Borneo, Indonesia, Malaysia, and Myanmar. Ground kratom leaves are considered to have many uses, including relief from pain, anxiety, and sleeplessness, while also acting as a stimulant at certain doses.

Kratom is often described by the color of the leaf’s veins, which indicates when in the plant’s maturity cycle its leaves were harvested. Red vein kratom is typically considered one of the most popular strains of kratom. You can also consider white and green vein kratom, with each offering different benefits. Regardless of the particular strain, the usage of kratom dates back centuries, with the first recorded use for medicinal purposes occurring at the beginning of the 19th century.

Kratom originates in southeast Asia. A large tree that can grow over 80 feet tall, kratom has served to relieve coughing, stomach distress, muscle pain, and depression for the laborers of countries like Bali, Indonesia, and Thailand. Originally the leaves of the kratom plant weren’t ground through any industrial process but through chewing. These workers often engaged in tiring, back-breaking work, and the kratom gave them the relief and stimulant needed to do this work day after day.

Different strains of kratom are often identified by where they originated. Red Borneo kratom, for example, comes from Borneo, the third-largest island in the world. With vast fields to grow, as well as the ideal climate for maturation, Borneo offers the perfect conditions for the growth of kratom.

Because of kratom’s bitter taste, early workers, farmers, and laborers of southeastern Asia often combined the kratom leaves with a sweetening agent of some sort, such as sugar. This combination allowed for easier and tastier consumption, again making it easier to complete their arduous work.

Within the red vein kratom strain, there are several substrains, each based on where the kratom originates:

While there are definite similarities and overlaps when it comes to their respective benefits, each substrain has a unique profile and purpose. Red Vein Maeng Da, for example, is often used for pain relief and relaxation but can act as a strong focus enhancer and stimulant at higher doses. Red Thai, however, has been used to treat opiate withdrawal and lacks the energy boost that can sometimes feel overwhelming with other substrains.

How Red Kratom Differs from Other Kratom Strains

There’s no doubt that green, red, and white kratom offer some similar effects to users. Each can be used as a coffee-like stimulant by increasing focus and improving mood. However, because they are each harvested at different parts of the kratom tree’s maturation cycle, their chemical makeup, and thus their effects, can also offer great differences.

Red kratom tends to have different alkaloid content than its green and white relatives. Its specific alkaloid profile includes the kind that acts as an analgesic and typically acts as a sedative. So, with red kratom, many users report increased pain relief and reduced anxiety at higher doses, regardless of the red kratom’s origins.

At high doses, many users state they feel an opiate-like high, which is why red kratom is often used by those undergoing opiate withdrawal. The alkaloid content helps induce this feeling of highness while also offering potential long-term relief from the physical and emotional pain that often accompany withdrawal from opiates.

White kratom’s alkaloid profile, on the other hand, limits its potential use as a calming agent or anxiety reducer. White vein kratom is primarily used as a stimulant, regardless of the dose, and typically provides energy in a smoother manner and with a less potential dramatic drop off as the kratom effect leaves your system. Many users describe white kratom as refreshing and vibrant.

Green kratom also is used mostly as a stimulant. Its alkaloid profile promotes an energetic, positive feeling that often helps users get a head start on their day. This is due to the increased levels of mitragynine, an alkaloid commonly associated with stimulant effects.

While there are differences in the benefits and effects of kratom depending on where it’s grown and its chemical composition, there are some common benefits that users often feel when using red kratom:

The general mix of these benefits will change depending on the substrain of red vein kratom being used, as well as the dosage. However, of this wide range of potential benefits, two main ones stand out.

Red vein kratom’s most common use is for pain relief. Users have found their pain symptoms alleviated when using red kratom, regardless of whether their pain is acute or chronic. Its use as an analgesic has also been found among both the young and the elderly, making it a popular choice across demographics.

Typically, users have found their days to be pain-free for longer times than with modern medicine and pain relief options. Red kratom’s chemical composition has led some to believe that there’s less chance at addiction than other options, especially dangerous opiates.

Red kratom’s reported sedative benefits are also a major factor behind its increased popularity. Whether the user’s particular issue is depression, insomnia, or anxiety, many have reported decreased symptoms and an improved sense of well-being after using red kratom.

When starting to use kratom for its potential health benefits, it’s essential first to seek the advice of a doctor. They can help guide you through all of your potential options to alleviate pain, depression, anxiety, and insomnia, and also ensure you’re taking the right dosage of red kratom for you and your needs.

It is often recommended you start with low doses of red kratom, generally up to five grams. This provides a good, generally low-impact starting point to help you determine what dose works best for your body. Many users have stated that they find all kratom strains around this dose to act somewhat similarly.

If you and your doctor decide to increase your dose, you’ll generally move to somewhere in the five to ten grams range. As the alkaloid profile of each strain begins to present itself, starting at five grams, you should begin to notice differences in the strains and substrains of kratom.

Generally, doses don’t go above ten grams, as that is when many users begin to state the kratom effects become overwhelming with an increased chance of psychoactive response, akin to feeling high, zoned out, and detached.

If you’re looking to begin your journey into the vast culture of red vein kratom, make sure to visit our online store. Our diverse product lineup includes kratom capsules, liquids, and powders to help you begin feeling the effects of kratom in a way that works and tastes best for you. Contact us today at with any questions about our high-quality kratom products so our knowledgeable team can guide you to the ideal kratom creation for you. 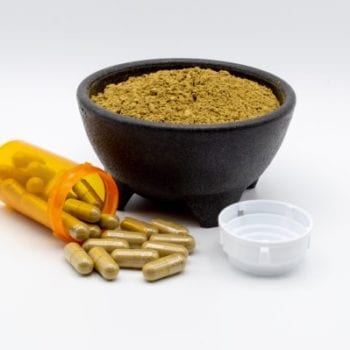 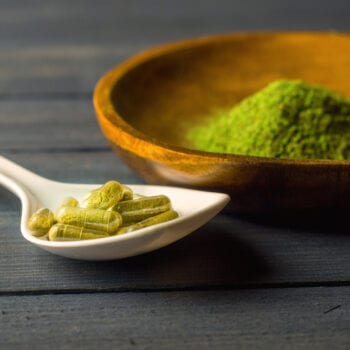