Updated: 2/20/2020 Kratom is an increasingly popular herbal supplement that has given many users hope in their fight against what ails them, including opiate addiction, depression, or pain relief. Today, close to 15 million people use kratom, a number that’s believed to grow over the next few years.

While it’s easy to think that kratom is just kratom, there are three overarching types of kratom whose properties will differ depending on when in the tree’s maturity cycle its leaves are harvested and ground.

As part of an overarching guide to teach the world more about the variety of kratom, this guide will cover the origins, uses, and potential benefits of green vein kratom.

Before diving into the specific details of green kratom, it’s essential to understand the origins of kratom use. The kratom tree is an evergreen and member of the coffee family that originally grew in Southeast Asia.

Farmers and daily laborers chewed the leaves of the kratom tree to help alleviate pain, improve focus, and increase their sense of well-being while performing often backbreaking work. Kratom’s use in Southeast Asia dates back centuries.

It wasn’t until fairly recently that kratom became well-known outside of its countries of origin. However, its growth exploded not only for its believed benefits regarding focus, energy, and mood but also for its use as a potential aid for those addicted to opioids, a drug that causes the death of 90 Americans a day.

Kratom’s use as an aid for opioid withdrawal is directly connected to kratom’s makeup, which contains an alkaloid called mitragynine, which works similarly to opioids but is often seen as less addicting.

How Green Kratom Use Differs from Other Kratom

Kratom is typically split into three subsets, each of which offers their potential benefits and are named after the color of the leaf’s veins when harvested:

While all three of these strains come from the same tree, the different colors are due to when the leaves are harvested during the kratom tree’s maturity cycle. This difference in timing also means the chemical makeup of each kratom strain is slightly different, which, in turn, causes the diverging effects.

The Chemical Makeup of Red, White, and Green Kratom

As green kratom sits in-between red and white kratom when it comes to its concentration of 7-hydroxymitragynine, it tends to offer a better mix of improved energy and increased calm than either of the other strains. This makes green kratom an ideal entry point for beginning kratom users.

The effects aren’t solely dependent on the cycle of the plant. The geographic location, which is indicated in the kratom strain’s name, can also alter the potential kratom effects and uses.

This strain, per its name, originates in Bali. It offers a balanced mix of potential benefits:

Green Borneo is perhaps the closest green kratom comes to acting like white vein kratom. At low or moderate doses, users report feelings of energy, an improved sense of well-being, and even feeling more positive about the future. At higher doses, you could see an even higher burst of energy and euphoric feelings.

One of two strains on this list not named after its geographic origins, Green Horn kratom is named after the physical characteristics of the leaf, which has small horn-like protuberances. It’s believed that these leaves have a higher alkaloid content than other strains of green kratom, which makes them both popular and hard to find. Many growers and distributors mix in less potent kratom when selling in bulk to help boost their inventory, so always purchase from a reputable vendor like Buy Kratom Extracts.

Popular with people who struggle with anxiety, Green Indo kratom is grown in Indonesia and offers the potential for soothing energy without the typical crash associated with caffeinated products. Users also mention feeling more content and focused when using Green Indo kratom.

Green Kali, from the Kalimantan region of Borneo, offers a similar moderate and balanced mix of effects like other green kratom strains. Its main difference, though, comes from the length of these effects, which typically last longer in Green Kali than other strains.

Green Maeng Da is probably the most popular strain in the world, as well as the other strain not named after the place where it’s grown. This strain was born by grafting Thai kratom with Indo kratom, which created a potent strain that’s able to be grown in a broader spectrum of environmental climates.

Its popularity stems from its potent effects. Users report increased energy and focus, as well as improved pain relief when compared to other strains. At higher doses, its sedative effects takeover, which helps with sleeplessness.

Native to Malaysia, Green Malay kratom is usually associated with its boost to cognition, like focus and memory. It balances with potential pain relief and soothing relaxation. This mix of possible benefits makes it an increasingly popular strain within the world of kratom users.

As with any medicine, drug, or herbal supplement, it’s essential to seek the approval of your doctor before beginning your kratom journey. They will be able to discuss potential benefits, possible side effects, and whether any of your current medicines may react with the use of kratom.

If your doctor approves, they will most likely have you start with a lower dosage, such as two to four grams, before working your way to higher doses to achieve the effects you’re hoping to achieve. Most people don’t increase their dose past the five or six-gram mark.

When purchasing green vein kratom, it is essential to look for a reputable dealer who offers only high-quality kratom products. Buy Kratom Extracts is such a place, with a wide range of kratom extracts and products.

Our thoroughly researched FAQ Guide, Kratom Blog, and knowledgeable support staff can help answer any of your questions about kratom, as well as help guide you at the start of your kratom adventure. 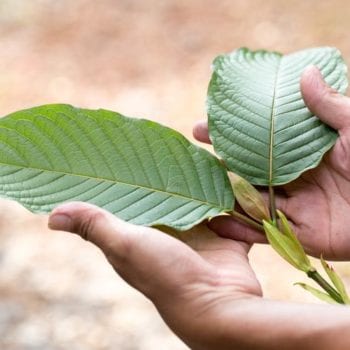 How To Use Kratom 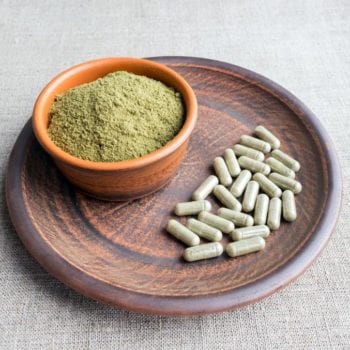